14 Lessons from a Year of Thoughtful Carry 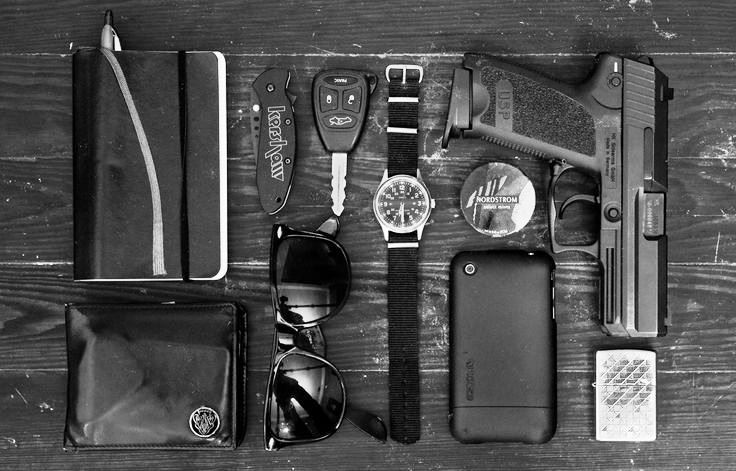 I have had the ability to openly carry a handgun in Minnesota for five years. For some individuals carrying is an automatic occurrence, but not for me. Like many of you carrying a weapon not an all-or-none or yes-no activity. While there are people who slide their gun on their person as a morning ritual I cannot be one of those people for some very good reasons – mainly I want to stay employed. Partly because I have to think about my carrying opportunities every day, and partly because of my work to responsibly arm others, my thoughts about being an armed citizen have changed over the past five years.

Like many people I got my first pistol and permit long before I had given the responsibility of carrying a weapon a full measure of consideration. It was fun to shoot the pistol and the new friends I met in the process made this almost seem like a purely recreational or pleasure activity.  Only after I had the permit and began carrying my full size pistol did I begin to grasp the full scope of the responsibility at my right hand. I have talked to many responsible gun owners over the past five years and many related the same story of starting the carry process with some concern if not outright fear. Most of us progressed from thinking about protecting our families, to owning guns, to preparing to protect the home with a handgun to carrying in public. It is not a smooth or seamless transition from being a non-carrying person to being a carrying person. Putting the responsibility into some context in my life took a great deal of thinking as well as talking to others who have made the same choice. It was nice to know my experience was not unique. In short, with something this important I do not want to make a mistake so I did not rush into what the state issues permit said I could do. Most carry proponents feel the same way.

I vividly recall the first time I carried my handgun in public. I was certain the whole world could see the print of the cannon on my hip (it WAS a bit big for a carry gun) riding just under my untucked shirt. My coming out, so to speak, was pumping gas at the Holiday station in Sauk Centre. There was no doubt in my mind that “everyone” could see the gun, hear the low  “creeek” as the leather holster was stretched for the first time and laugh at me for having one pants leg longer than the other. I had carried around the home for a few days so I felt some level of comfort about the sheer weight of the gun but being in public for the first time was an eye opener – there was so much to think about! Many ordinary movements shifted my clothing in such a way that I feared exposing my rightfully carried gun. Reaching to start pumping gas, stepping out of the car, putting on a heavy coat, or taking off that heavy coat in a restaurant or theater were no longer mindless tasks but actions that required forethought.

A year ago I made a conscious decision to try and carry every day for a year in some form or another. You see, I teach and work on college campuses, hospitals, courthouses, jails and mental health based group homes. In each case I’m prohibited by employer policy, state and federal law, or common sense, from bringing weapons into the court houses and other public buildings, some private businesses, homes, locked wards, emergency rooms, and classrooms. So for me a carry method of self-protection each day is not a routine matter. If you add places of worship, banks and some public transportation settings there are a lot of places I cannot carry a pistol. There are weeks when I am less likely to be able to protect myself than I would have hoped.

My experiment was to purposefully and thoughtfully carry each day for a year – as much as legally possible. This is what I observed:

The year has gone by quickly. I’ve become more confident in my decisions about when to and when not to carry a weapon. I’ve learned I will be buying more holsters. I’ve learned that thoughtless carry puts myself and others in a legal bind. And finally, I’ve learned that others expect more of me when I’m carrying and I’m training to continue to build that trust.

Phil Godding is our guest blogger this week, and we're very thankful to receive his insights! He is a licensed psychologist, college professor, firearms carry instructor, certified DNR hunter safety instructor, and has a limited forensic consultation practice. An extremely intelligent and educated individual, he provides us a unique perspective on ethics and moral behavior as it relates to conceal carry responsibilities. If you want to pick his brain further, or sign up for one of his carry classes, you can shoot him an e-mail or visit his website: www.5starcarry.com phil@fivestarcarry.com