Firearm Manufacturers are Headed for the South

The last 10 years have been very active ones for firearms in the political arena. There has been a multitude of unfortunate events that have placed firearms in the spotlight: Sandy Hook Elementary School shooting (Dec. 2012); Aurora, Colorado Batman movie shooting (July 2012); University of California – Santa Barbara shooting (May 2014); and the much publicized, high crime rate of Barack Obama’s hometown of Chicago, Illinois. This has prompted a lot of poorly-advised and inadequately researched legislation to be passed in some states regarding firearms. Some of it has been related to magazine capacity, other legislation affected the make of the firearm (collapsible stock, pistol grip, etc.), and some even correlated to the manufacturing and importing of firearms. This has prompted many makers of firearms to relocate or consolidate their production to more gun-friendly states. 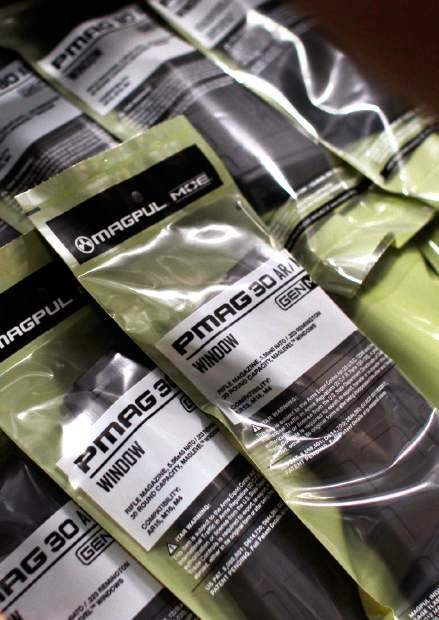 Magpul© was one of numerous companies to search for greener pastures. They officially announced on January 2nd, 2014 that they would be moving their manufacturing operations to Cheyenne, Wyoming and be basing its future corporate headquarters out of North Texas. “The company began a nationwide search for a new base of operations after legislation was enacted in Colorado that dramatically limits the sale of firearms accessories – the core of Magpul’s business,” stated Duane Liptak, Director of Product Management and Marketing for Magpul©. Other states which have been unfavorable to firearm manufacturers are New York, Illinois, and Connecticut. New York has seen Kahr Arms® and American Tactical Imports© move out of state to Pike County, Pennsylvania (June 2013) and Summerville, South Carolina (Oct. 2013) respectively. Connecticut has had a host of companies leave their state due to unsavory firearms legislation: Mossberg® expanded in Texas (July 2014); Ruger® built a new facility in North Carolina (July 2013); Colt® expanded in Texas (April 2013); and PTR Industries, Inc.® relocated to South Carolina (Aug. 2013). The state of Illinois has seen its fair share of companies leave as well with Les Baer Custom© (May 2007) and LMT™ (Sept. 2013) relocating to Iowa.

The movement of firearm manufacturers to states with friendlier gun sentiments has left a lot of former, long-standing employees jobless. It also has or will result in millions of tax dollars lost for anti-gun legislation states. Many people are saddened to see companies with such rich and storied histories leaving their states. Colt®, for example, has been out of Connecticut for over 150 years!

Remington Arms Company, LLC® has been based out of New York for almost 200 years now being founded in 1816! When Remington® announced that it was opening a new facility in Huntsville and Montgomery, Alabama that meant a lot of other companies were about to be moved as well. Remington Outdoor Company, Inc. (a.k.a. Freedom Group, Inc.) is looking to consolidate eight branches of its group in all:

TAPCO© of Kennesaw, GA
LAR Manufacturing of West Jordan, UT
PARA U.S.A.® of Pineville, NC
DPMS Panther Arms™ of St. Cloud, MN
Advanced  Armament Corporation®
of Lawrenceville, GA
Bushmaster® (MSR production) of Ilion, NY
Remington® (1911 production) of Ilion, NY
Montana Rifleman of Kalispell, MT
In this instance, the political environment wasn’t the determining factor for whether half these companies warranted moving, but rather it was their parent company trying to consolidate and streamline manufacturing as a whole. Montana Rifleman is appropriately from Montana and LAR Manufacturing is from Utah, both of which are very firearm-friendly states. This type of company consolidation can be great for consumers because it means increased production, centralized quality control, and less maintenance for aging facilities. Conversely, improved manufacturing processes and increased efficiencies translates into less jobs being replaced in the new locations and more employee training required at the new facility (translating into slow initial production).

Beretta USA© has been the most recent company to send its manufacturing southward. Some recent proposed legislation in Maryland would have made it illegal for the Accokeek-based company to manufacture and house select products. This would make it increasingly difficult to meet their obligations to certain military contracts: contracts for the United States Armed Forces to be exact. Beretta USA© has stated that they will fill all current orders for their M9 pistol out of their Accokeek, Maryland facility, but future orders will be reserved for their future Gallatin, Tennessee facility. So what does this mean for the individual consumer? Or those in the immediate community of moving manufacturers? For the vast majority of consumers, we can expect to see a possible lax in production. As new facilities are built or expanded, employees are trained into new skill sets, and the general transition occurs these companies will not be operating at the same capacity at which they once had. This is completely understandable. Most people just hope that the transition is as quick and smooth as possible so the production returns to normal. Also, as these new transitions occur we should hopefully see improved quality control; thus, a better end product. Within the last year we have seen multiple big name companies recall brand new products because of oversights. For example, the Springfield Armory® XD-S® pistol required their grip safety to be reexamined and the Smith & Wesson® M&P Shield™ needed their trigger to be reevaluated as well. To say centralized production (one large facility for each given company) would have caught these errors in production would be a pretty bold, blanket statement, but perhaps it could have. We’ll never know for sure, but that is part of the line of reasoning for some of the consolidation the industry is seeing. Another element the consumer should watch for is pricing. None of the aforementioned companies that are making moves have suggested lower costs in the future. We could only hope to see a small drop in pricing due to increased efficiencies and increased production in the future, but only time will tell.

As far as the loss of many hometown brands, for us Central Minnesotans it would be DPMS Panther Arms™, the feeling of dismay doesn’t begin to describe the true feeling in the community. DPMS Panther Arms™ employs upwards of 100 people from the St. Cloud community and they have been a part of the community for almost 20 years now. Their work goes beyond rifles with the donations they make to community works, instilling the love and respect of the shooting sports in our youth, and supplying rifles and tools to our military men and women who use them to guard us from evil and protect their own lives. I would tend to believe that you could say similar things about all the companies around the United States involved in the shooting sports who are now relocating. The communities receiving these legendary firearm makers could not be happier, but the communities losing them could never replace them. Other companies may take their place, as was the case of Windham Weaponry© when Bushmaster© moved, but it’s not quite the same. Who knows though, maybe St. Cloud will see another rifle manufacturer once DPMS Panther Arms™ heads south…
Share