This past Saturday on February 21st, 2015 the terrorist organization al-Shabaab threatened Minnesota’s Mall of America (MOA). The threat from an approximately 6 minute long video also included London’s “Oxford Street” and Alberta’s “West Edmonton Mall.” This has a lot of people on high alert with heightened concern, and rightfully so! MOA is 87 acres large (4.8 Million Ft²) and that is an immense area to protect with over 40 million visitors annually. The MOA security staff is trying to ensure its patrons that they are safe while spending their hard, earned money there, but the mall recently redecorated with some of these below. 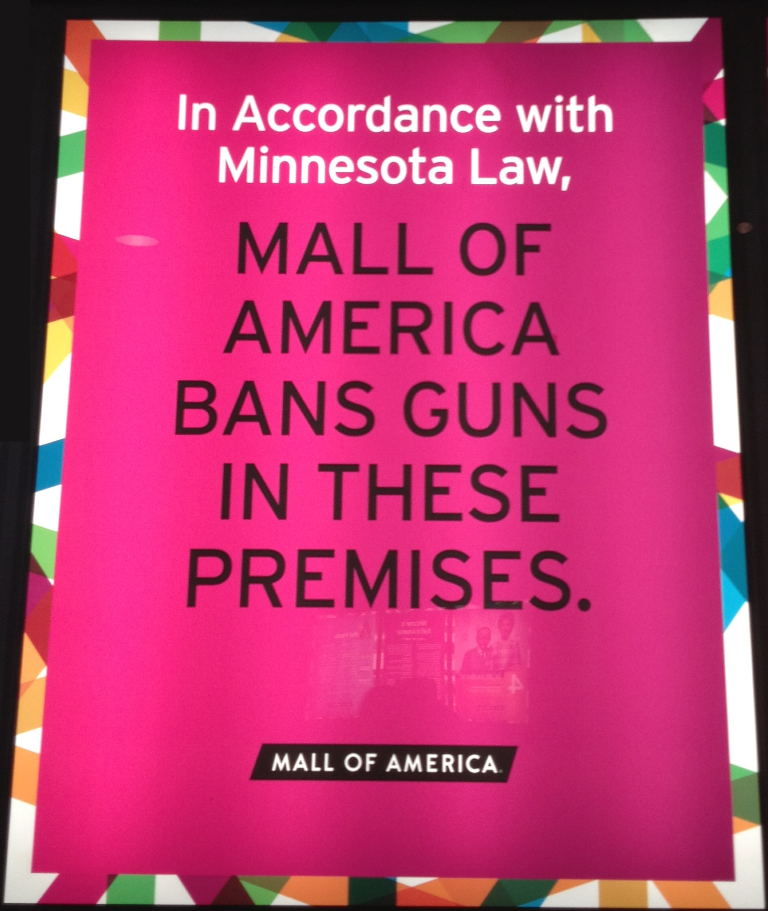 What scares me in all of this is not only does terrorism hit home when its quite literally in your home state, but MOA’s immediate knee-jerk reaction was to disarm all their patrons. How will disarming every legal carry holder who patronizes the mall save anyone’s lives?… It may ensure more deaths, but not save anyone. If someone made a personal threat against your home (similar to the threat against the mall) would your immediate reaction be to remove all your firearms so you are now defenseless knowing someone has threatened your life?… Seems pretty moronic, doesn’t it.

What people seem to have slowly forgotten is al-Shabaab was the terrorist organization that killed over 60 people in 2013 in a Westgate Mall in Nairobi, Kenya. They have been identified as a formidable, world threat by the United States since 2007. Also, the way in which terrorists now attack is different from that of September 11th. They no longer are as methodical, organized, military-like, and predictable in their movements. They use open forums such as social media to recruit people towards their cause and individuals will often act alone on an idea with no prior notice. It has been documented that from ’07 – ’09 that 22 individuals were recruited to join al-Shabaab from the Twin Cities area. The Twin Cities also boasts the United States’ largest population of Somali-Americans. More recently, 15 individuals have left MN and the U.S. to fight along side the Islamic State in the Middle East. This terrorist group isn’t as infant as people paint them to be, and they revel in their successful strikes against others.

Let’s take a step back and examine that sign that MOA posted again. When any establishment posts a sign such as that there are multiple standards or stipulations that must be met in order for it to be truly legal. It needs to have the letters a certain size, certain font, spaced adjacent to doorways in a certain fashion, and must be placed by all entrances to the establishment. This is all fine and dandy, but MOA can’t legally post such a sign… AT ALL. The MOA is a landlord to all of the businesses or tenants it houses. If every single business in the MOA wanted they could place a similar sign outside their establishment and it would hold legal weight, but it is plainly defined in MN law that: “A landlord may not restrict the lawful carry or possession of firearms by tenants or their guests” (MN Statute 624.714 Subd. 17 Sect. E).  So not only is the MOA corralling sheep prime for terrorizing by posting that sign, but IT’S ILLEGAL.

Some of our legislators are recognizing this, and I especially applaud one individual, Rep. Tony Cornish (R-Good Thunder). He made the remark recently that if MOA is going to place those illegal signs that they should at least do it in multiple foreign languages so terrorists know to leave their guns at the door. Seems logical to me. If you’re going to disarm law-abiding citizens then why not disarm terrorists… 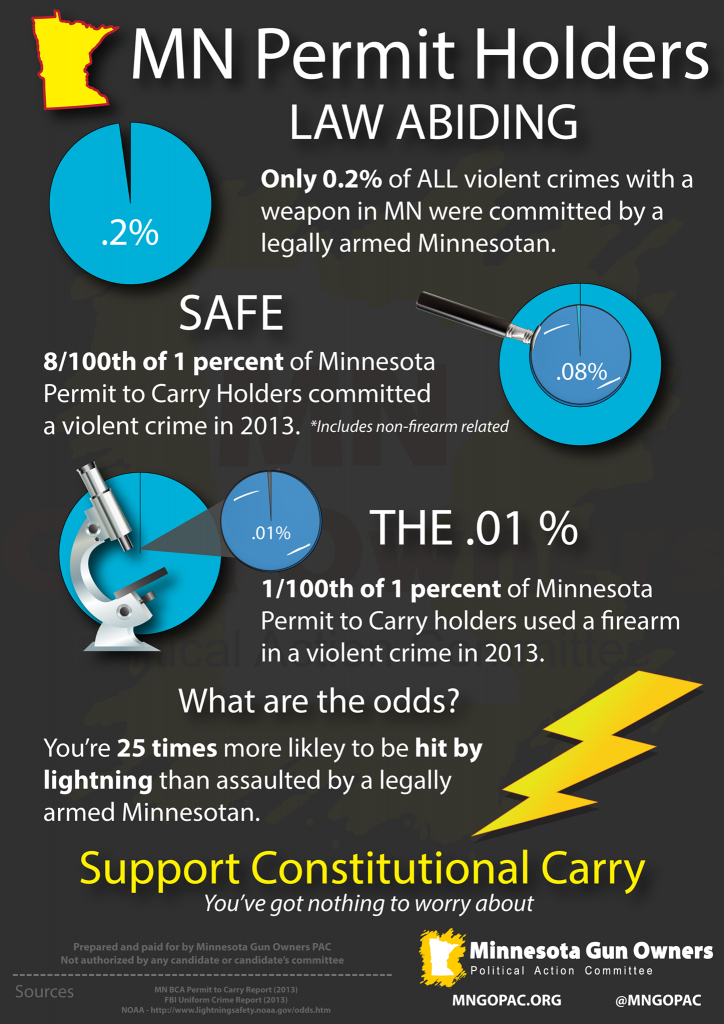 These statistics were gathered and presented as such by the MN Gun Owners Political Action Committee.

With data like that before you, it seems even more confusing why the MOA would want to disarm it’s patrons. I hope for MN, the Mall of America, and the United States, that strong action can be made to detour any attack whatsoever, but only time will tell.