Last week proved to be a tumultuous one in foreign affairs for the United States and several other countries around the world. A plane was shot down over the Ukraine, President Barack Obama issued yet another Executive Order, and most people had no idea what spurred either event. 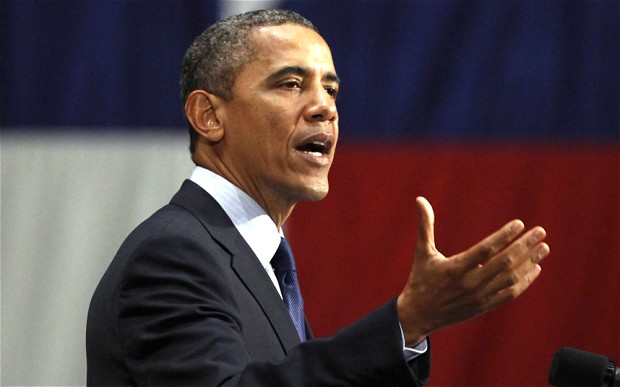 The dust has settled for the most part so people can read and interpret how some of these significant events may impact them or at least their country. In previous weeks, President Barack Obama had ordered several economic sanctions against Russia for their involvement in affairs within the Ukraine. Moreover, the United States is attempting to hurt Russia’s economy because they sent fighters into the Ukraine to aid separatist troops. One of the crippling sanctions issued by the United States was against Rosneft, Russia’s largest oil producer. Similarly, Novatek, Russia’s 2nd largest producer of natural gas, has been sanctioned as well. Another surprising and very bold sanction went against Gazprombank, the financial head of the company Gazprom and the 3rdlargest bank in Russia in sheer capital. Gazpromis yet another natural gas behemoth within the Russian economy so these sanctions, as well as others, set forth by Barack Obama are no slap on the wrist, but meant to be a punch to the face! President Vladimir V. Putin and the rest of Russia aren’t taking these measures lightly. 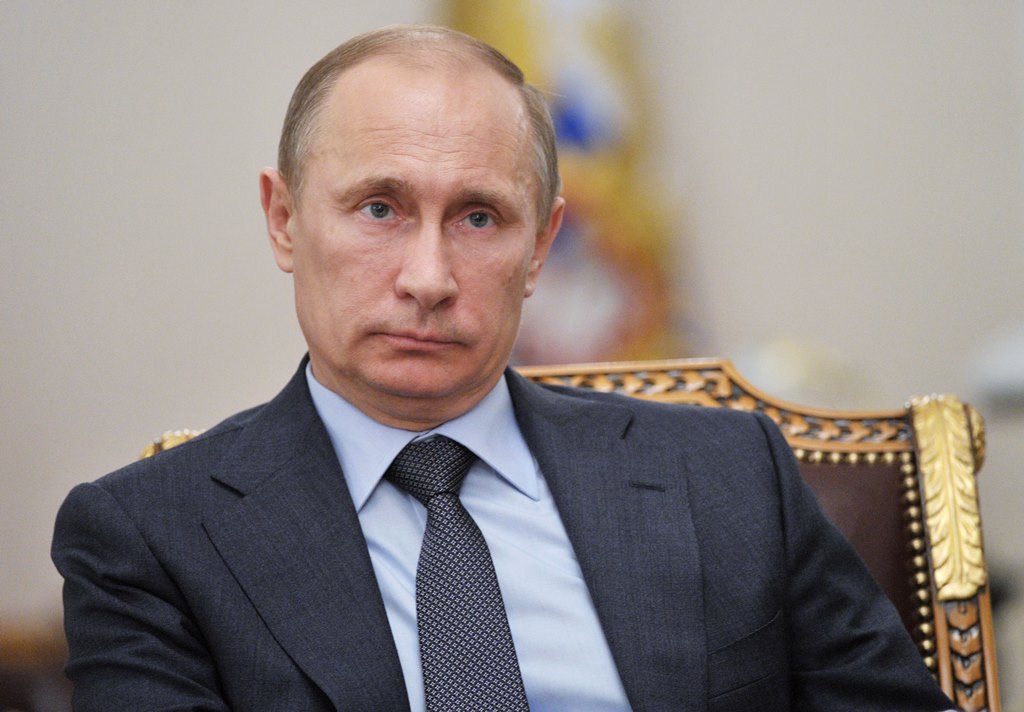 The Deputy Foreign Minister of Russia, Sergei A. Ryabkov, was quoted as saying Russia’s response would be “quite serious and painful.” As Americans, we can only hope this suggestive statement entails only economic actions and not ones of physical conflict. Members of the European Union have been slow to follow suit with President Obama’s drastic sanctions and have instead instituted much lighter actions against Russia. This is the backlog of events leading up to the incidents from this last week.

Now flash forward to Monday, July 14th. A Malaysia Airlines Boeing 777 holding 298 passengers is shot down by a surface-to-air missile over Ukraine soil. This was a tragedy of immeasurable proportions and immediately viewed as an act of terror. Barack Obama reasoned that the Ukraine did not possess such capabilities, but rather the Russians over Ukrainian soil or separatists aided by Russia shot down the plane. Ukraine officials immediately stated they had nothing to do with thisdisaster and Vladimir Putin likewise declared that Russian military forces were not involved. Pro-Russian separatists have since been clearing the wreckage and piling the bodies of those who died into train boxcars to be hauled away. Many countries including the United States have viewed this as severe tampering with the crash site ruining any possible attempt of identifying the true perpetrators. At this time, there is no 100% correct response to the question: Who is responsible for this catastrophic event? Nonetheless, President Obama viewed this as an act of terror performed by Russia and responded with another startling sanction.

On Wednesday, July 16th Obama wrote Executive Order 13662. The Office of Foreign Assets Control (OFAC) introduced the “Sectoral Sanctions Identification List” which specifically outlines the individuals and entities with sanctions against them by the United States. Notably, the entities of Donetsk People’s Republic (area of the Ukraine where the Malaysia Airlines plane crashed) and Kalashnikov Concern (formerly Izhmash, an enormous manufacturer of AK47 firearms) were added to the sanctions list. The sanction against Kalashnikov Concern is what concerns most firearm owners because they are the producers of the extremely popular Saiga rifles, shotguns, and similar AK-style firearms. This sanction has many people worried about how this affects their ownership of current Kalashnikov firearms; what will happen to dealers who still have these firearms unsold in their inventory; and how will this affect the firearms market in regard to AK-style firearms manufactured in countries other than Russia. To clear the air in regards to a couple of these concerns, OFAC released an FAQ section with their Sectoral Sanctions Identification List.

374. If I own a Kalashnikov product, is that product blocked by sanctions?  Am I able to resell a Kalashnikov product at a gun show or other secondary market?
If a U.S. person is in possession of a Kalashnikov Concern product that was bought and fully paid for prior to the date of designation (i.e., no payment remains due to Kalashnikov Concern), then that product is not blocked and OFAC sanctions would not prohibit the U.S. person from keeping or selling the product in the secondary market.
For any dealer or gun store you might encounter, their inventory of Kalashnikov firearms are perfectly legal to purchase as long as all prior debts to Kalashnikov Concern have been paid or Kalashnikov Concern has no further interest in the inventory (no means for further financial gain). What our president has once again done though is ignite a demand for Russian AK47s because people will always want what they cannot foreseeably have. It has only been five days since Obama instituted this addition to his previous sanctions, but in that short window of time I personally have witnessed an enormous uptick in customers requesting AK47 firearms and like accessories. A quick search on such websites like Gunbroker.com, Armslist.com, and Gunsamerica.com show a significant surge in demand for Russian Kalashnikov-patterned firearms that most definitely was not present a week ago. 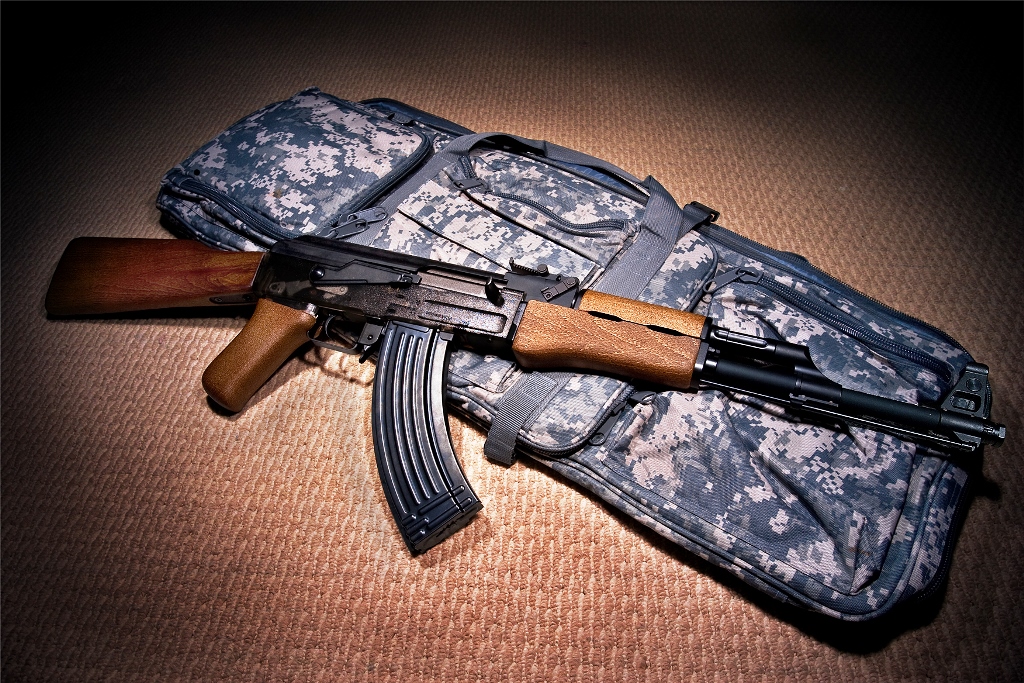 Example of a Kalashnikov-patterned Firearm (AK-47)

What will surely provoke conversation by the water cooler is why did President Barack Obama sanction firearms? He had been previously attacking oil and natural gas producers along with their supporting financial institutions. Furthermore, it is not clear who attacked the Malaysian Boeing 777 which was shot down in the Ukraine. If Obama’s assumption is wrong, and it is in fact the Ukraine’s doing or a country never even considered, he will be permanently damaging relations with Russia, an otherwise huge economic partner to the United States. And why suddenly attack the firearms agenda again? This could be purely just that. Another attack at what American citizens can and cannot own in regards to firearms. It will be nothing short of interesting to see how the upcoming weeks unfold in regards to the market of AK firearms, Russia’s “serious and painful” response to Obama’s sanctions, and what else our president may exact into an Executive Order.