Many people are aware that you need a “Permit to Acquire” to purchase certain firearms in Minnesota. Lots of people also know that a “Permit to Carry” is required in order to carry a pistol on oneself in public in MN. Fewer people realize that you can do this in an open manner, not trying to conceal or hide it whatsoever, and it’s perfectly legal. So why aren’t there more people openly carrying in public? Stigma? The possibility of making yourself a target? To keep your firearm ownership private? I say all of the above and I’ll explain. 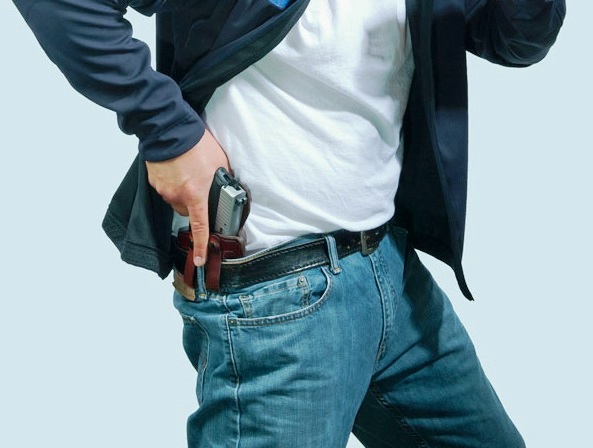 Concealed Carry while having a MN Permit to Carry

In the last five years firearms has been as hot of a topic as any. The liberal media tries to cast a dark shadow over firearms and they greatly feed into the stigma behind open carrying firearms. With this greater media exposure some people do not want to open carry because of the stigma associated with it. This can be understandable because no one wants to be arrested for brandishing a firearm in public or creating a public disturbance when in reality no crime is being committed. This happened to a friend of mine when an individual called 9-1-1 because he was open carrying. When police arrived on the scene they were left scratching their heads wondering, “Why are we here?” To avoid awkward, head-scratching events like this most people will carry pistols in a concealed fashion. A lot of this stigma in MN can be attributed to us being a blue state; primarily democrat. In other areas of the country that are predominantly more conservative no such stigma exists or it’s very minimal. In Texas for example, you can open carry similar to MN, but people actually do it, and with pride! The argument of whether to carry open or to carry concealed has a lot to do with the culture and mindset of the area you live in.

A second cause for people to not open carry in MN is the mindset of: “Don’t make yourself a target.” I’ll lay out a scenario for all those reading.

You’re running errands around town, and you’re open carrying. You stop by your local gas station, grocery store, and finally a bank. All these places have employees who know you by name, and you feel no criticism or stigma for proudly carrying in these businesses. Once you get to your hometown bank, a group of masked-men with less than good intentions storm into the building attempting to rob the place and hold everyone hostage. To play devil’s advocate from the minds of these criminals, who in the bank would represent the greatest threat to the success of their bank heist? The individual who is open carrying would. This person has now become a target, and these evil-doers intend to do that person harm.

In the same provided scenario, if the law-abiding citizen were carrying concealed as opposed to open, he/she would not have become a target. They could use their own discretion whether to use their firearm in defense or to allow the criminals to come and go and leave it in the hands of local police. You are at an advantage if you can defend yourself without being singled out in a room of many.

It’s pretty common knowledge that you don’t ask someone their weight if you do not know them. Similarly, most firearm owners won’t openly divulge just how massive or diminutive their collection of firearms is. This is why many people will also carry concealed in MN which I’ve noticed from interacting with customers on a daily basis. They may love the shooting sports, can carry a conversation on the topic for possibly hours, but they don’t want to tell you precisely what they own. It’s all about keeping their firearm ownership private. I can’t blame anyone for doing so. Just like you don’t tell people how much and what jewelry you own, you don’t tell everyone the firearms you own (even the one concealed on your hip).

An opposing argument I often get as to why I personally carry is, “Why do you even carry at all? It’s not like you’re defending your livelihood on a daily basis or something.” To that person I have to say: “You’re exactly right.” I traditionally have a follow-up question for these narrow-minded individuals: “Do you have a smoke detector in your house? Do you have health insurance? Does your car have airbags?” To the same extent that no one plans on having a fire in their home, a life-threatening illness, or getting in a car accident, I too, do not plan on ever being attacked and needing my concealed carry pistol. As the old adage states: it’s better to have and not need than need and not have.