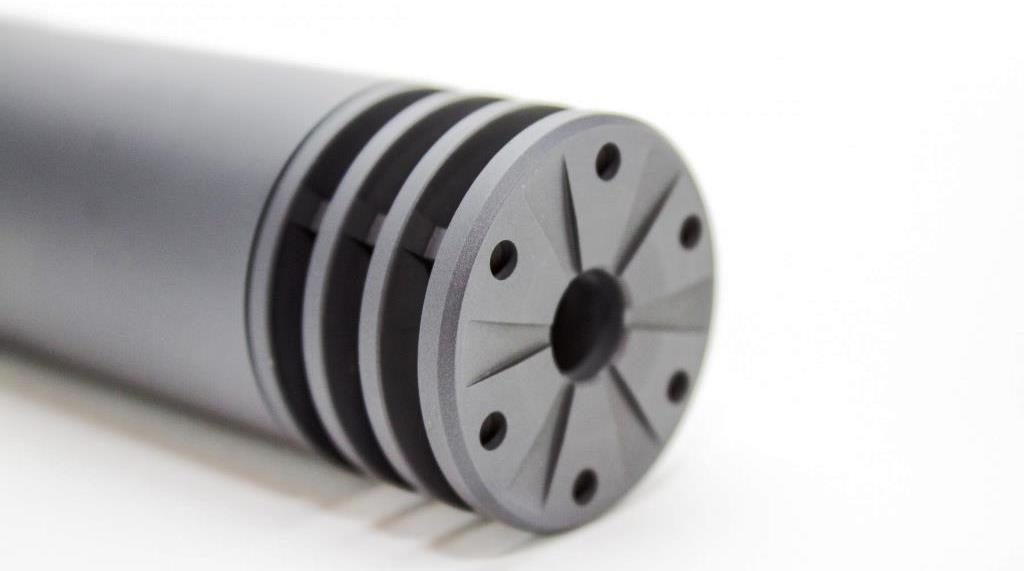 This time of year has many of us anxious to get outside. Even with minimal snow cover we have had our usual supply of gray and cloudy days. My firewood supply is dwindling and spring is still several weeks away.

One way to combat the mid-winter blues is to think about deer camp and my first hunt with a suppressed rifle. Deer hunting in 70° days presented some interesting challenges, but this past season I got to hunt with my suppressed .270 Winchester rifle.

I enjoy hunting, deer camp story-telling and being outdoors. The use of a suppressor added another layer of fun to my deer hunting activities. It was already too warm for my liking by the time I crawled into my blind that was at the intersection of two well traveled trails. There was a flock of turkeys moving from my strip of woods into an adjacent harvested corn field as I settled in. Every time a nearby hunter shot his/her non-suppressed gun the turkeys would talk and fuss for about twenty seconds or so. They did not like being disturbed while feeding.

I usually hunt wearing electronic muffs because of the amplification of ambient sounds. I heard and saw the buck walking along the trail, quartering toward me. Yes, I heard the bullet hit. And yes, because recoil was reduced I was able to keep the scope on my target and saw the bullet hit just behind the left shoulder. The buck whirled around and ran about 50 yards before giving the death kick.

Because it was already 70° by 10:00 AM there were a couple of quick pictures followed by field dressing and a trip to the local butcher’s cooler. My Federal Power-Shok .270 Win 130 Grain did the job and there was just soup where the heart and a lung would have been in the chest cavity.

When I asked other hunters what they heard they commented on how quiet my shot had been in the woods. What they heard was louder than the crack of a .22 rifle, but much less than the other rifles booming in the distance. Interestingly, I do not recall the turkeys having much to say about my suppressed .270 Win.

A little bit about hunting with a suppressed deer rifle. I purchased my rifle with a threaded barrel and flash suppressor from my friends at The Guns And Gear Store. This newer rifle goes into the stand/blind with me. The reason this rifle is in the stand/blind is that the suppressor [SilencerCo Omega] adds 7″ in length to the existing 26″ barrel. The extra length quickly makes that rifle more cumbersome when walking through thick brush. The added length is fine while still hunting, but for stalking and tracking, things get complicated. For stalking and tracking I have a “brush rifle” that has seen hard use for over a decade (also purchased at The Guns And Gear Store). When stalking through pines and willows in the low lands it is apt to get nicked, splattered with mud and snow, or scratched by a pine bough. That brush rifle was handed over to Stu’s Gunsmithing in St. Cloud, MN who threaded the barrel so it would accept my suppressor. The brush gun fitted with the suppressor is not burdensome.

Take home message – think about barrel length when choosing a deer rifle to suppress. I bring both rifles with me to camp and one goes with me for stand hunting, but for stalking/tracking the other comes into play. It takes just a minute to remove the suppressor from one gun and reattach to another. On icy mornings threading a cold piece of metal in place is really not a problem.

If you want to hunt suppressed you will either need to get your favorite gun threaded, or buy a new threaded gun. Right now, it takes approximately 9-12 months to get approved to purchase a silencer. If the “Hearing Protection Act of 2017” (H.R. 367) passes, the time to be approved could be considerably shorter. You will need time to get used to a longer barrel, and likely make adjustments to your scope or iron sights once you have your silencer in hand.

Phil Godding is our guest blogger this week, and we're very thankful to receive his insights! He is a licensed psychologist, college professor, firearms carry instructor, certified DNR hunter safety instructor, and has a limited forensic consultation practice. An extremely intelligent and educated individual, he provides us a unique perspective on ethics and moral behavior as it relates to conceal carry responsibilities. If you want to pick his brain further, or sign up for one of his carry classes, you can shoot him an e-mail or visit his website: www.5starcarry.com phil@fivestarcarry.com